A downloadable Demo for Windows and macOS

Get regular updates, sneak peeks, and more over on our TWITTER.

Love Shore is a visual novel game that takes concepts we've always loved in sci-fi, action, and horror and blends them together to create something wild. It features a queer, diverse cast, a seemingly endless city, and a story of coming into yourself and doing what you think is right… with a heavy dose of drama and violence mixed in for good measure.

I don't know if this is a bug or if it's intentional but when I choose who to reach out to, I chose Sam but it tells me if I want to start Imani's route instead?

It's intentional! You cannot date Sam as Farah, but instead, he provides assistance in finding Imani! So you call him to start Imani's route! (Or call Imani).

ohh I see, thank you for clearing that up!! I will look forward to the full game!!^^

the demo is great! amazing art style, fun setting, the ui is super clean. i enjoy the characters and aziz is totally my type LOL. i like the idea of having two different protagonists, but making them have noticeably different personalities instead of just being genderbends of each other. the writing is very nice and dialogue feels natural!

the music is also super nice!

only complaint is some minor things such as the save and skip systems. having a page with multiple save files, and the ability to skip to the next choice would make playing through different routes much easier. (maybe these are in the demo and im just dense? i'm used to renpy visual novels haha). i finished aziz's route first, then reloaded my quicksave (which was right before route selection) to try out different options, and got to the meeting with inanna and died. i went back and saw it saved over my previous quicksave, so i had to redo my file from the start :( not a huge deal, just not super user friendly.

overall i'm looking forward to a full release! i can tell yall put tons of love and effort into this game, it has a lot of heart.

Thanks for this! Having a skip forward button has been a hot debate on our end, so your feedback definitely matters to us!

We’ll look into it, though it might just be an option to skip to previous choice points (so secret endings can be surprise still). We’re on the case!

Thank you so much for playing it!!

Where can I find news about delays, release date, etc? Tried the twitter and website but looks empty to me.

Ik this was a month ago, you might have found out by now but, their actual twitter seems different to the one they have linked on here. On the one I found they said that it'll most likely be released spring of next year

It's October now! Can't wait for the release! ♥️

EDIT: Somehow I wasn't surprised with the delay, lol. Hopefully this will be the last one. 🤞🏻

Really really amazing art. Out of everything I've seen so far on Itchio actually simply my favourite. The characters all look extremely attractive also, so as a dating sim it works. The music is not distracting and appropriate. But I couldn't get much further than a call from Doctor Imani because then the game got stuck. I was just staring at an empty new interface. I had the same happen on the 'knock knock knock' at the door, but after a while it worked. I tried to save and then load but when I got back to main menu as a new tactic the load button was greyed out. I say all this because it's a demo and maybe this is helpful to the developers. The other thing I thought was a bit rough was the writing, such as the decision to tell the s.life thing through a news caster setup and then later have Farah tell the story again. And the story of going to prison, hibernation, the trial - was confusing. Not quite clear whether hibernation leaves you conscious or not (i.e. apparently farah can't tell whether her prosthetics got serviced, but she does remember staring into Sam's eyes for two years).

Is it normal to treat humans like this in prison?? nothing else indicates dystopia OR a poor treatment of s.humans specifically (them gaining disability checks and being able to access doctors without any problem), but putting people into a paralysed state while still awake or putting them into 2 years of near solitary confinement is a literal (!) crime against humanity and a major psychological event. Farah does not come across as though she has just spent two years of her life trapped in her own unmoving body.

The pic and text in the hospital imply that Farah only has leg prosthetics, but more general exposition on s.humans speaks of some kind of organ grown vat-baby improved tissue cyborg/robot. This seems very different.

I would love to play more but ..I can't. Really intrigued though.

Played Farah's path as well now. All the ladies!<3 Interactions with the phone are still very slow, otherwise still liking it.

Very intriguing demo! I dig the setting and art. Looking forward to the full game!

Any help for a Mac user? I'm on macOS Monterey and I can't open the demo :(

how much will the game cost?

Anyone knows the progress of this game?

Went to their patreon to see some kind of updates but the latest post was on Dec '20.

Hopefully it's not abandoned and will be released this year!

I just checked their steam page and it hasn’t been updated since June last year. I assume they haven’t stopped development probably just had to push back the release date.

Thanks for the info!

Though with one look I could tell the contents weren't about game development either.

A bit disappointing since we don't know their progress, guess I'll just wait until it's released eventually (if it indeed isn't abandoned.)

yeah lol I'd love a progress update but hopefully they'll get a lot of response on the account and give one!

Hi there! Love Shore is being released in October 2022! We've faced a few delays because of COVID, but are preparing to release the game this year! For the most recent updates, you can check out our twitter, @perfectgarbo and our Kickstarter page, where we post public updates about our development progress! Thanks so much for checking out the demo. :)

Really excited for the full game - loved the demo! :D

That was too short!  I really liked the art style.  Very intriguing.  Can't wait for more.  Great start to it!

Thanks for being willing to provide the demo. Will you consider (as some devs have done for the racial justice bundle) to provide full release when available to Palestinian Aid supporters?

curious, do you have an estimation as to when this will be finished? really loving the story so far

Hi there! Love Shore is being released in October 2022! We've faced a few delays because of COVID, but are preparing to release the game this year! For the most recent updates, you can check out our twitter, @perfectgarbo and our Kickstarter page, where we post public updates about our development progress! Thanks so much for checking out the demo. :)

this demo is so nice!!! the art style and ui are beautiful, and i adore the use of color. the plot seems really fascinating!! and i'm already highkey in love with alyosha. i'm looking forward to the full release!!!!

Does getting this demo in the BTLM bundle also give rights to the full game once released? Demo was lit <3

I wonder the same thing.

The BTLM bundle just includes the demo! Thanks so much for playing!

Love the characters and the setting. The writing and artwork are stellar, all I have to say is keep up the good work. Thank you for your time and effort.

This demo is so great !! I got an itch.io account just to play it ^^ good luck with the game !!

i love the artstyle and the music. Beautiful backgrounds. Great and very detailed sprites and CGs.

The story is good, too. It a bit reminds me of "Ghost In Shell". I like cyberpunk

I just finished Frah's route. All the girls are sexy have nice and different personalities and styles.

Good luck with this project.

The demo is amazing! I can't wait for the full game! Backed and shared the KS, fingers crossed!

Thank you! We're so happy you enjoyed it! 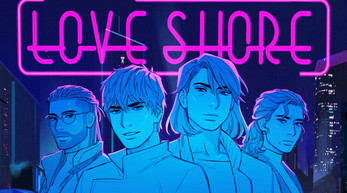 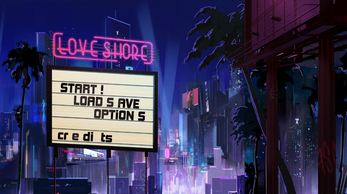 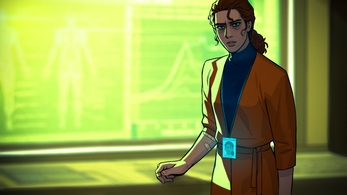